Art for the masses

Projects that aim to make art easily accessible to the general public have long been a staple of the corporate social commitment of GEROPHARM. 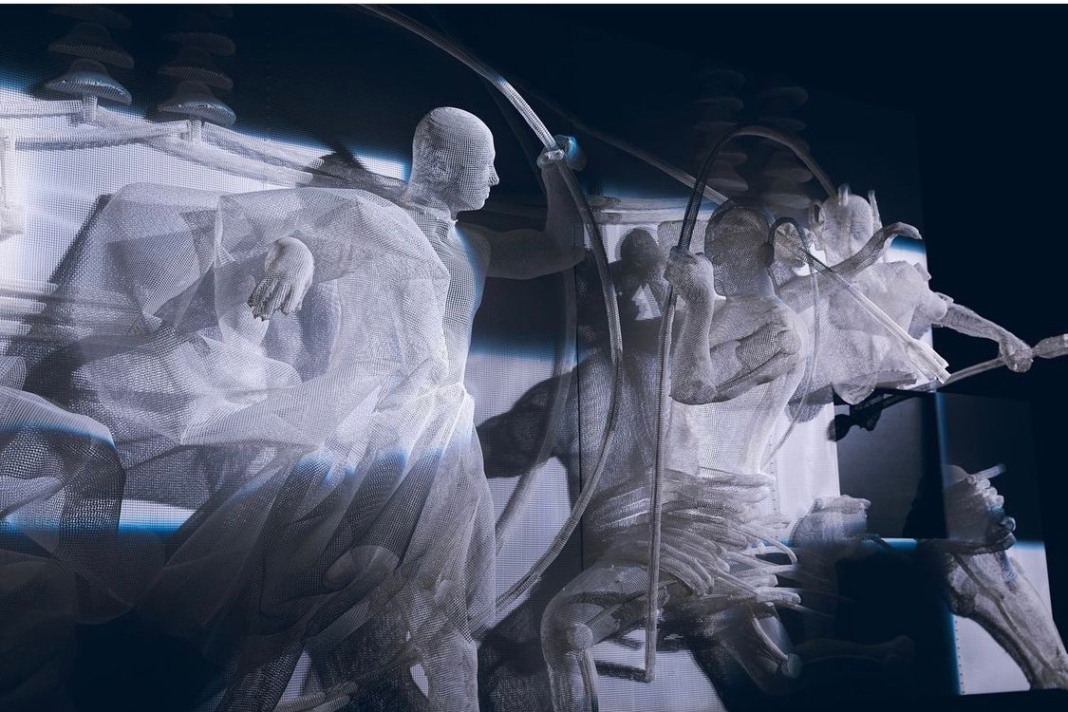 Projects that aim to make art easily accessible to the general public have long been a staple of the corporate social commitment of GEROPHARM. Currently, the Company supports the Elena Obraztsova Charity Foundation for the Support of Music Arts, is a part of the Friends’ Club of the Tsarskoye Selo State Reserve Museum, and provides assistance in organizing a variety of exhibitions, while buildings and facilities of the Company are decorated with works of modern artists.

As part of the anniversary celebrations, GEROPHARM launched the 20 Good Deeds event, which saw the implementation of various initiatives, big and small, in different fields, including fine arts. The Company provided support to two major exhibitions, New Nature in Saint Petersburg and Other Shores. Russian Art in New York. 1924 in Moscow. It also gifted the Tsarskoye Selo State Reserve Museum a fragment of the portrait of Queen Catherine I, made in her lifetime.

The solo exhibition by the Recycle Group artists titled New Nature took place in Saint Petersburg at the Manege Central Exhibition Hall from July 16 to September 15, 2021. Recycle Group is made up by Andrei Blokhin and Georgi Kuznetsov, two laureates of the Kandinsky Award and participants of the 57th Venice Biennale of Modern Art. As part of the Manege exhibition, they presented interactive sculptures and moving installations that turn the audiences into participants in virtual and technological performance. Artists strived to showcase the capacity of humans to communicate with machinery, artificial and natural intelligence on a telepathic level.

The exhibition also included an educational program on such topics as post-Internet art, the impact of digital technologies on modern art, and the transformation of an individual of material milieu within the confines of virtual reality. The virtual dimension of the exhibition and the gateway to the futuristic world of Recycle Group can be found on the project’s website. 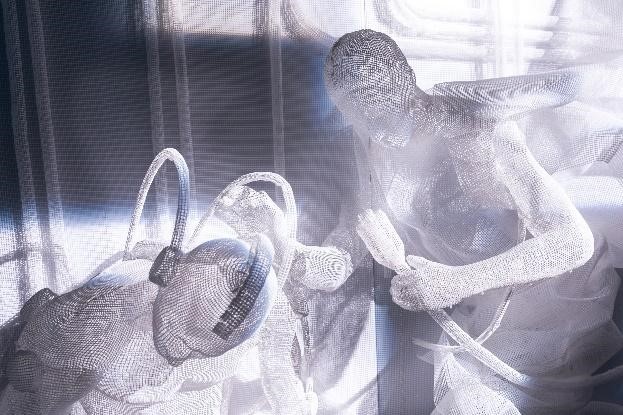 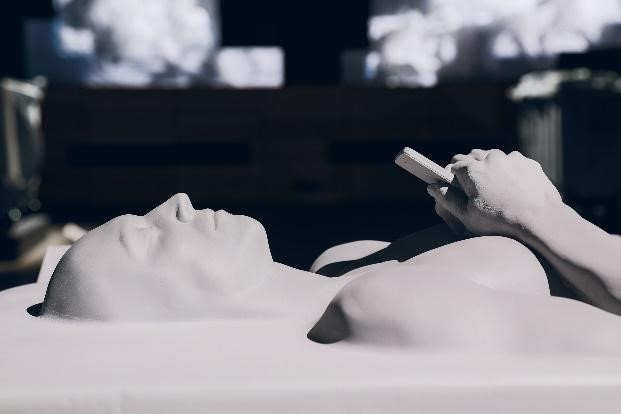 In 1924, a major exhibition of artworks created by many Russian artists took place in New York. Around 1500 works were on display in the U.S. Once the exhibition and the following tour across 20 cities of the U.S. and Canada were over, the artworks remained in many private and public collections.

In 2021, the Moscow Museum of Russian Impressionism held the Other Shores. Russian Art in New York. 1924 research exhibition that saw many artworks once displayed in the U.S. and Canada reunited under one roof.

Thanks to the GEROPHARM's support, two paintings from the ALBERTINA Museum Wien — Officer’s Barber by Mikhail Larionov and Cello by Vasili Shukhayev — were displayed at the exhibition. Official exhibition website. 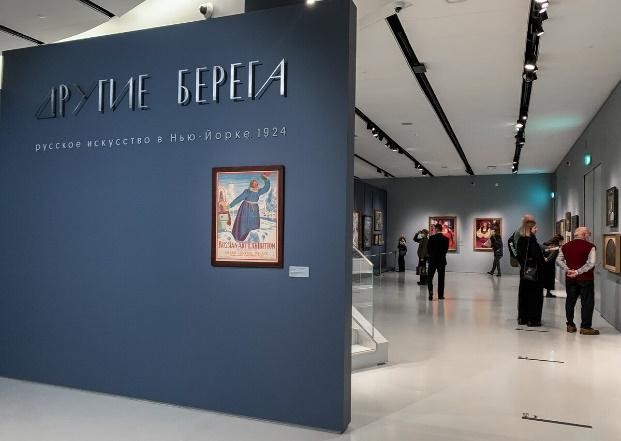 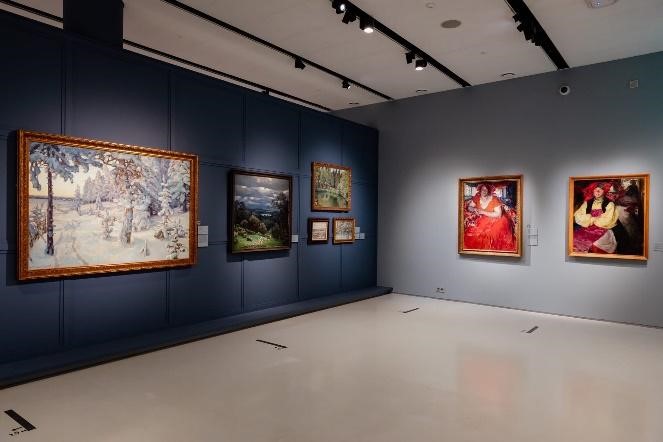 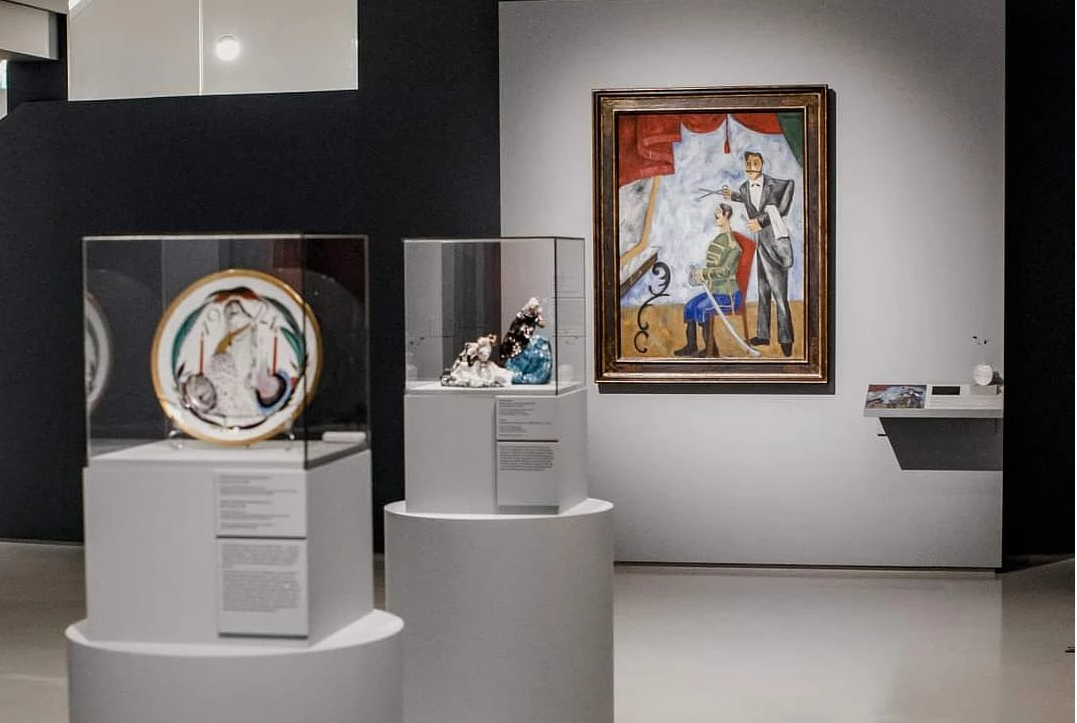 GEROPHARM purchased a fragment of the Allegory of the Reign of Catherine I painting dated 18th century from a private collector and gifted it to the Tsarskoye Selo State Reserve Museum. According to an expert conclusion, the portrait was made in the Queen’s lifetime. The fragment shows Catherine I holding a scepter and imperial orb, draped in ermine coat and bearing a crown. Experts suppose the painting was created by a court artist, as they discovered traces of gold and silver in the pigments used to paint the scepter. The newly returned artwork became the third portrait of Catherine I made in her lifetime that is now in possession of the Tsarskoye Selo Museum, along with paintings by Louis Caravaque and Ivan Adolsky. This further expands the exhibition and provides a better glimpse into the early years of the Queen’s residence. Once the fragment is fully restored, it will be displayed as part of the permanent exhibition. 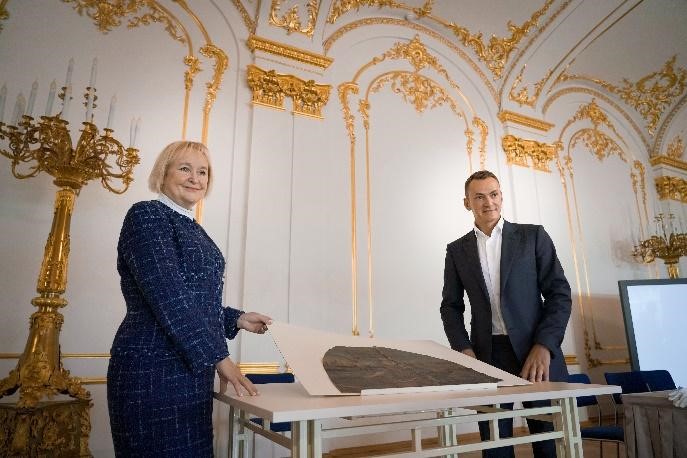