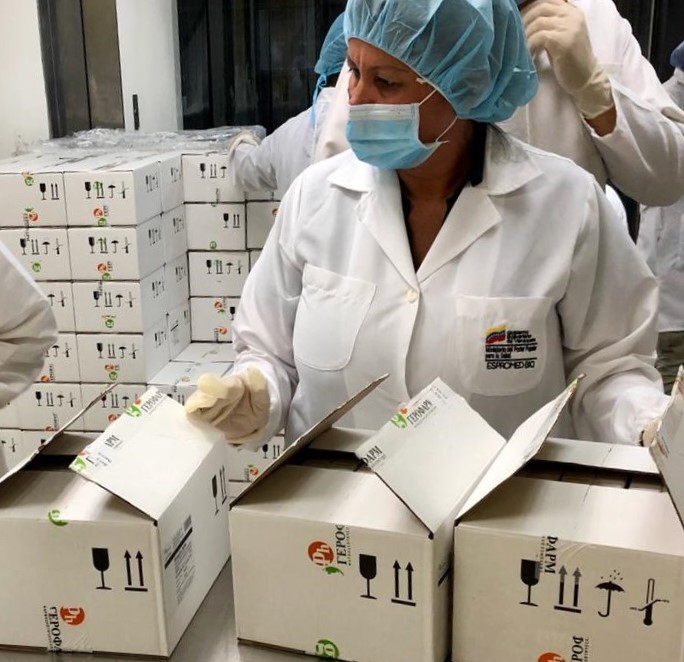 GEROPHARM has shipped the first lot of insulins in the amount of 200,000 packages to Venezuela. The Company will be the only supplier of this life-saving medicinal product in the country.

In the near future, short- and intermediate-acting human biosynthetic insulins Rinsulin® R and Rinsulin® NPH in vials will be available for patients throughout the country.

It is worth noting that the indicated volume is enough to meet the full demand for insulin for more than 166,000 patients with diabetes mellitus over a period of a month.

The supply has been implemented under the Long-Term Cooperation Agreement between GEROPHARM and ESPROMED BIO, as signed on the margins of the St. Petersburg International Economic Forum 2019 by the CEO of GEROPHARM and Tareck El Aissami, the Venezuelan Vice President for Economic Affairs.

Shipments will be performed every month. Looking ahead, in the next few months, the list of supplied products will be extended to include human biosynthetic insulin Rinsulin® Mix* in vials and analog insulins RinLis® (Lispro) and RinGlar® (Glargine) in cartridges.

The project implementation will be an important step in the development of the humanitarian cooperation between Russia and Venezuela, and make a meaningful contribution to the international image of the country. Under the contract, GEROPHARM will supply over 5 million product packages to Venezuela in 2019–2020 that will provide over 400,000 diabetic Venezuelans with the life-saving medicine. The Company estimates that GEROPHARM’s share in the total trade between Venezuela and Russia can reach 20 % as early as 2020.

It should be noted that, at the time the strategic cooperation agreement was concluded, Venezuela had a limited number of the medicine, which was insufficient for the continuous provision of the population. At the same time, there are no local insulin manufacturers.

P. P. Rodionov, CEO of GEROPHARM, “Implementing the project to satisfy the Venezuelan demand for insulin products is a very serious step for us and an opportunity to help solving a pressing social problem. By the middle of 2020, we will satisfy 100 % demand for insulins in the country. This is of critical importance since lives of diabetic patients depend on daily injections. Besides, the development of insulin exports is now a strategic objective for the Company. During the last year, we made significant advances in this regard in Cuba, Kazakhstan and Belarus. GEROPHARM is expecting to conclude a number of other agreements with foreign partners in the near future. The regions of priority for the Company are the countries of Latin America, South-East Asia, Middle East and Northern Africa, Persian Gulf and the European Union.”

D. V. Manturov, the Minister of Industry and Trade of the Russian Federation, “Currently, we satisfy the demand for insulins of the Russian healthcare system, as well as develop exports. The advanced technologies for development and manufacture, quality and affordability of the products ensure the high competitiveness of the Russian insulins in international markets. The commencement of insulin deliveries is a major contribution to the development of the strategic bilateral cooperation between Russia and Venezuela, as well as an important step in expanding our non-resource and non-energy exports.”

V. I. Skvortsova, the Minister of Health of the Russian Federation, “The demand for domestic medicines, including insulins, in international markets is a key indicator of the successful work of the Ministry of Health of the Russian Federation on improving the state regulation for medicine circulation. It can be said that today there is a market authorization system in Russia, which complies with the latest international requirements and makes it possible to guarantee the safety and efficacy of the Russian-manufactured drug products, as well as enables domestic companies to expand the geography of their location.”

* The product is currently undergoing the registration procedure.

GEROPHARM is a Russian biotechnology company, the leader in the development and manufacture of insulins. Since late 2016, the Company has been ranking first in the sales volumes among the manufacturers of human biosynthetic insulins (HBIs). Currently, the Company covers about 30 % of the Russian demand for HBIs.

All the insulin manufacturing stages, including the molecule biosynthesis, are carried out at the Company’s own manufacturing facilities within the Russian Federation. In 2018, the Company held an opening ceremony for a new factory in St. Petersburg with the participation of the President of the Russian Federation. Launching of new manufacturing capacities of GEROPHARM in November 2018 created conditions for the development of insulin exports to far-abroad countries.

The advanced technologies of development and manufacture, high quality of the products, and independence from foreign deliveries provide the basis for the high competitiveness of the Russian insulins in international markets.

The Company’s endocrinology portfolio includes two human biosynthetic insulins (HBIs) Rinsulin® R and Rinsulin® NPH, as well as rapid-, intermediate- and long-acting insulin analogs RinLis®, RinLis® Mix 25 and RinGlar®, respectively. Another 7 products (analogues of insulins and HBIs) are being developed, 1 of them is expected to be registered soon.

ESPROMED BIO C. A. is a public company developing and manufacturing biological medicinal products. The company is managed by the Ministry of the People’s Power for Health of the Bolivarian Republic of Venezuela. The company manufactures vaccines, monoclonal antibodies, erythropoietins, interferons and other biologicals.

The manufacturing capacity of the Venezuelan factory is 120 million doses of biologicals per year. Apart from that, the company has three independent laboratories equipped with the latest technology, which can produce 50 million doses of diphtheria toxoid, the same amount of pertussis vaccines, and 60 million doses of tetanus toxoid per year.

In 2016, the biotechnology factory ranked among the major ones in Latin America expanded its capacities through the consolidation with a factory of non-sterile solid oral dosage forms. This allows for the provision of the Venezuelan population with patented pharmaceutical products. 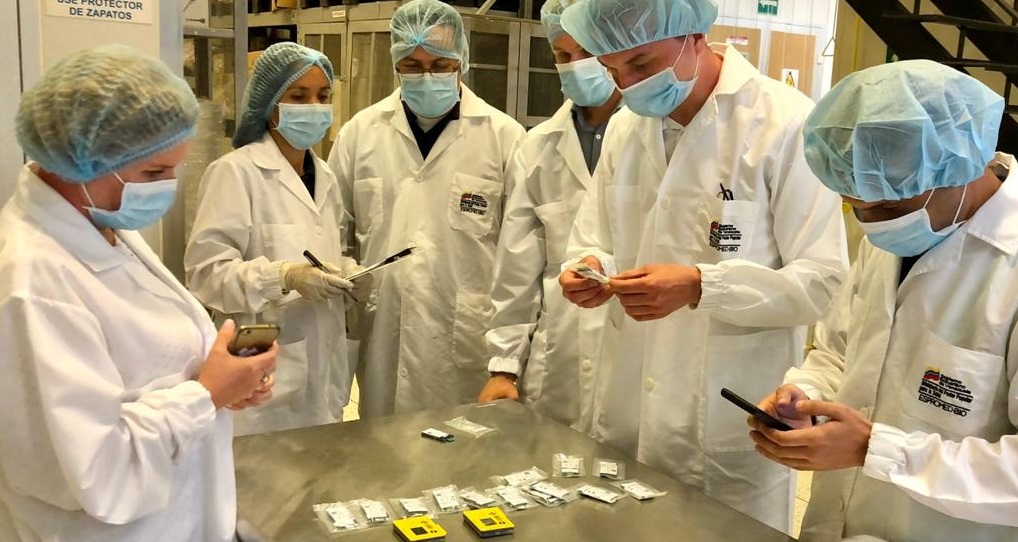